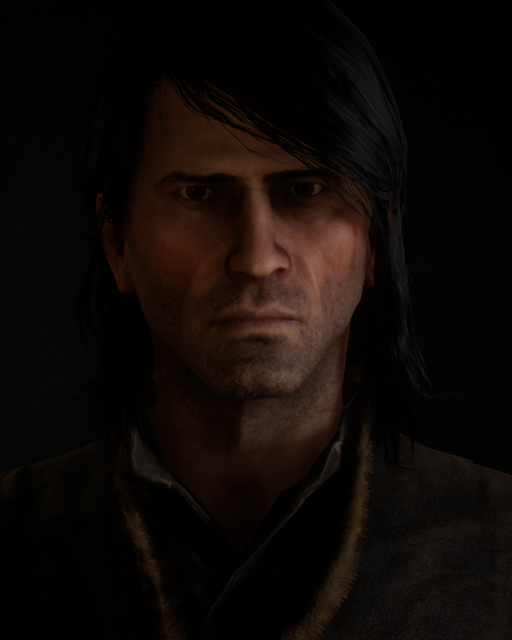 This page covers some basic details about the things you should consider when creating your character, and the settings that I used for heritage, skin tone, age, body build, and Garrett's eyes.

Some things to consider when building your character

The first thing you need to do when creating your character is to decide what sort of look you are going for. You need some idea on the character's intended ethnicity and lifestyle. When I started building Garrett I decided that I wanted him to look like a wanderer that avoids big settlements, preferring to hunt and explore the wilderness. I also wanted him to appear to be half Indigenous American.

Are you wanting a brawny lumberjack type? A lithe gunfighter? A portly shopkeeper that has taken to creating their own traveling trade goods supplier with Cripps? Maybe you want a rough mountain man with scars across his face from a bear he fought at some point in the past? Or a young hothead that runs moonshine and picks gunfights? Perhaps you want to create a laid back gambler with the looks of James Dean?

Whatever your character will become in the world of Red Dead Online, you should consider the kind of backstory you want them to have starting out so you have something to build on. And don't be afraid to ignore how the game's story starts you out. There is a story in Red Dead Online, but most of the time you will be wandering the setting exploring and meeting other players out in the massive open world. So create a character you will like, not just one that you think would fit into the story that Rockstar created. 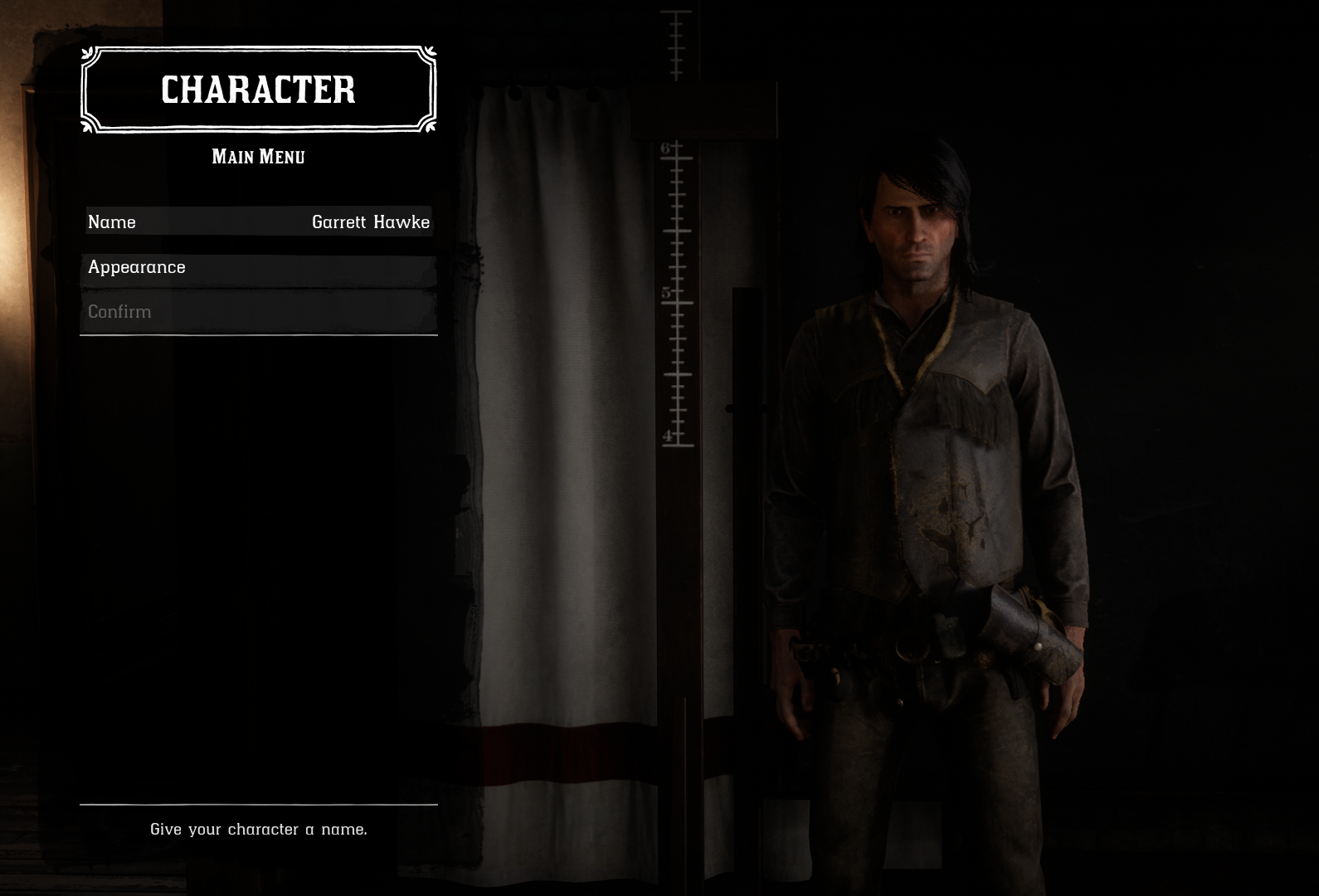 Heritage is the basic shape of the character's skull. For Garrett I chose to use number 18. 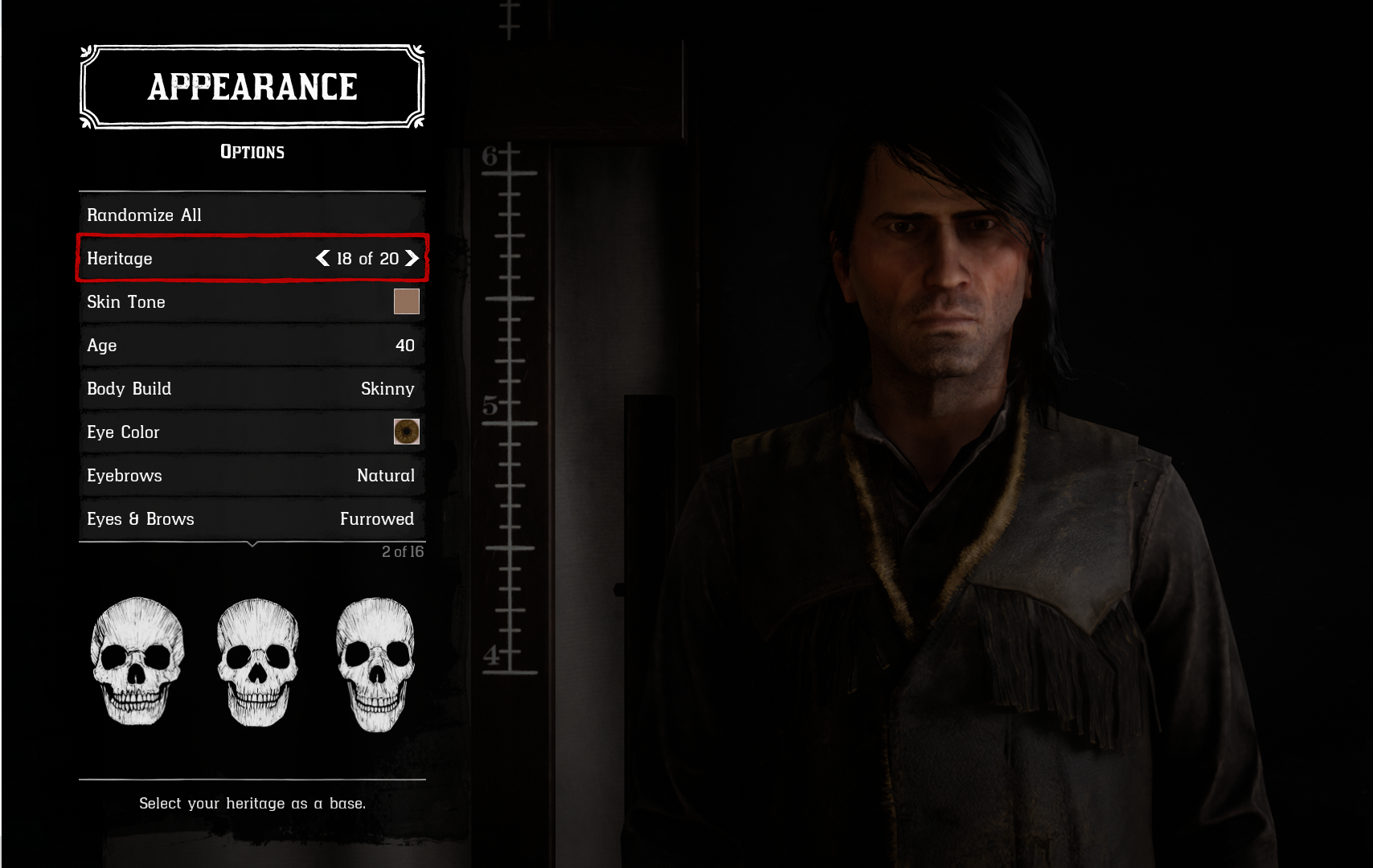 In the Skin Tone options I decided to go with the first of the three tone options, giving Garrett a rather pale skin tone. 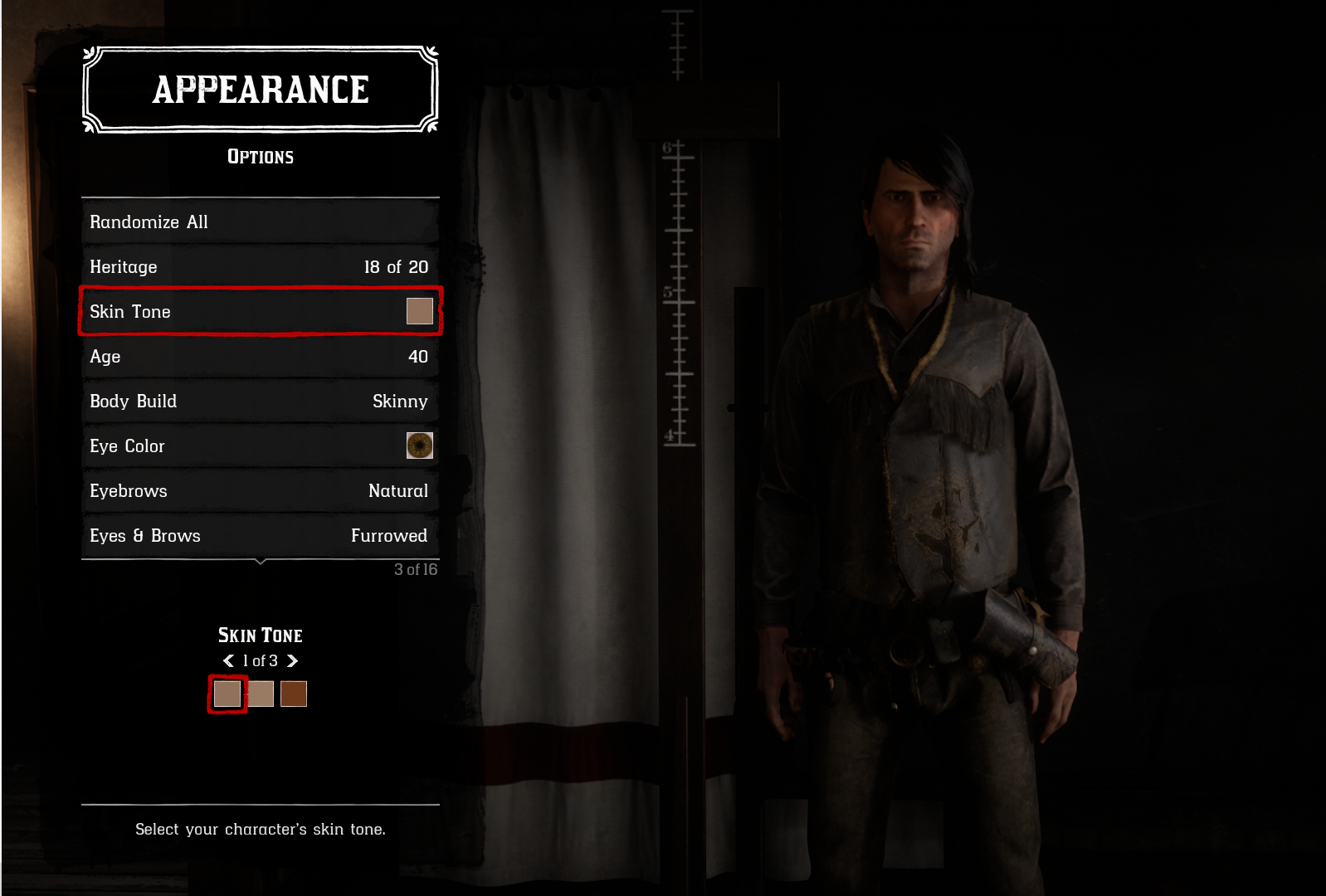 I wanted Garrett to look like he had been around long enough to have decent experience with how things work in the world, and to not look like some kid out to make a name for himself. And, since I am an older gamer, I wanted Garrett to be close to my age, but still young enough to run around as much as I knew he would, so I went with an age of 40, making him fairly old by 1800's averages, but not so old he can't go breaking wild horses or leaping onto wagons to hold them up. 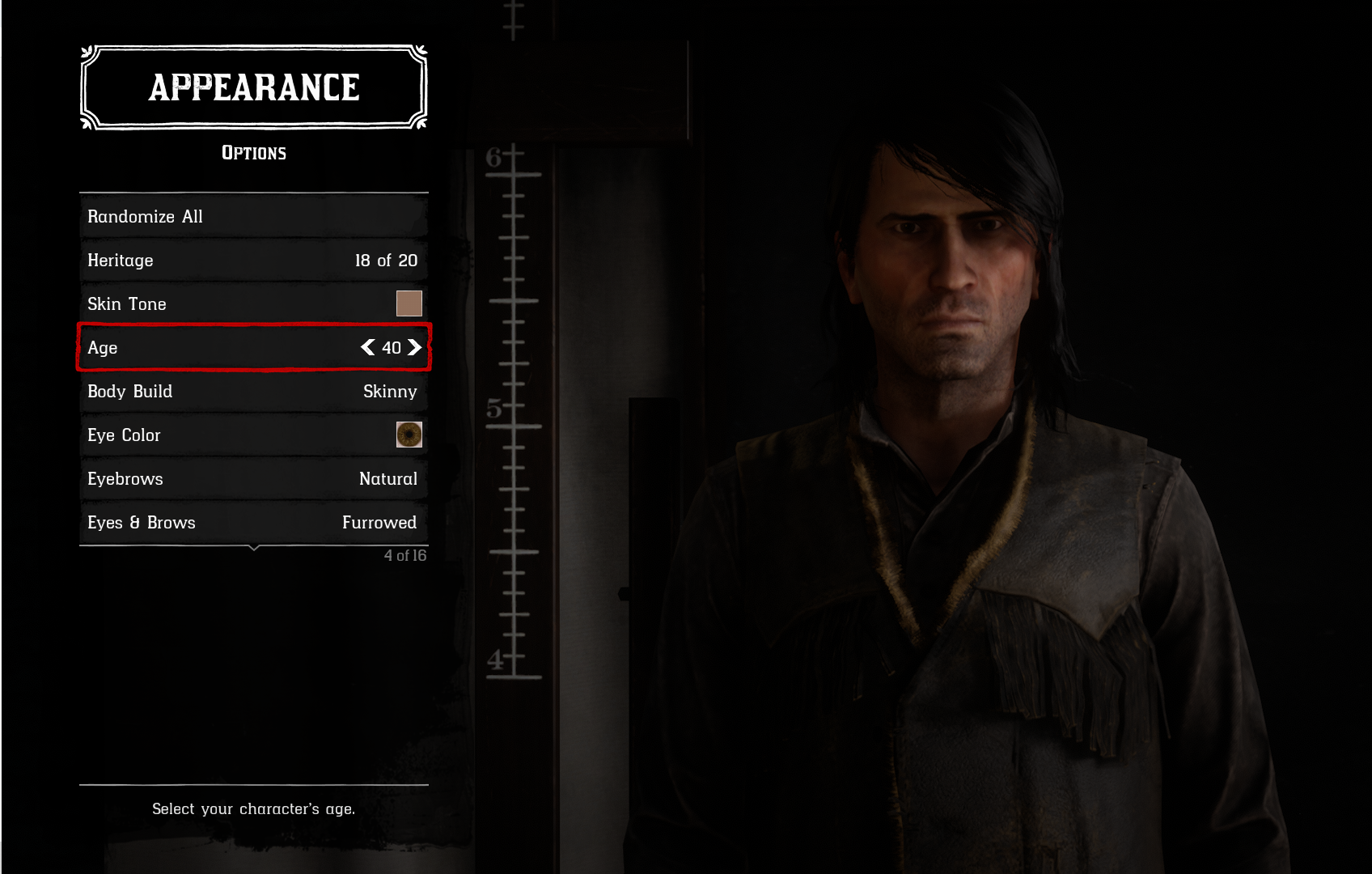 Garrett is, let's face it, skinny. He spends his life outdoors hunting and does almost as much running along on foot as he does riding his horse. Also, while he dotes on his horse, Garrett can often go a few days before it occurs to me that I should have him eat something, and let's not even get into his terrible sleep schedule. So, yeah, I decided to go with a skinny build for him. 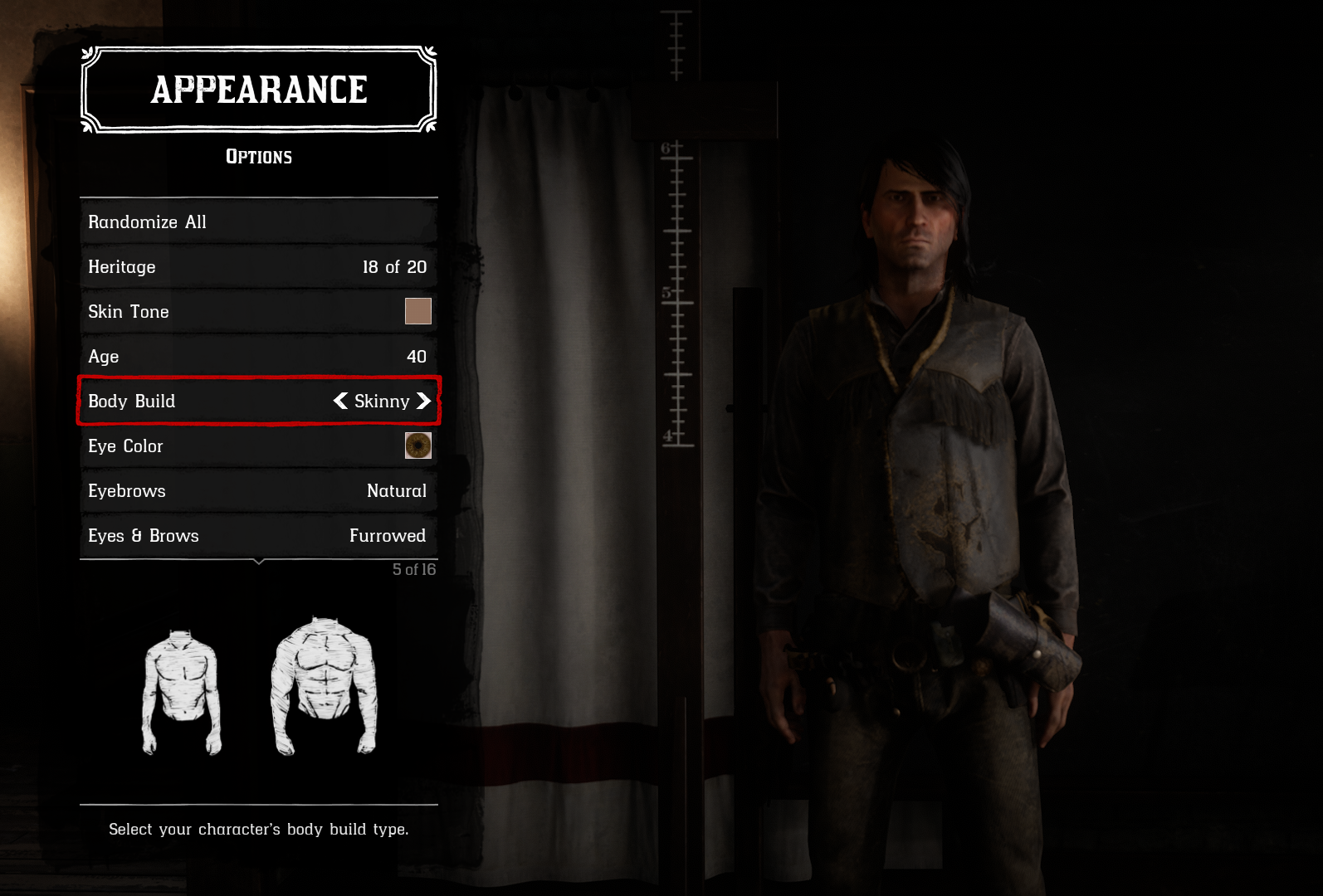 Since I decided on making Garrett half Indigenous American, I chose to give him a brown eye color, which means that in the character builder I chose color option 13 of 14. 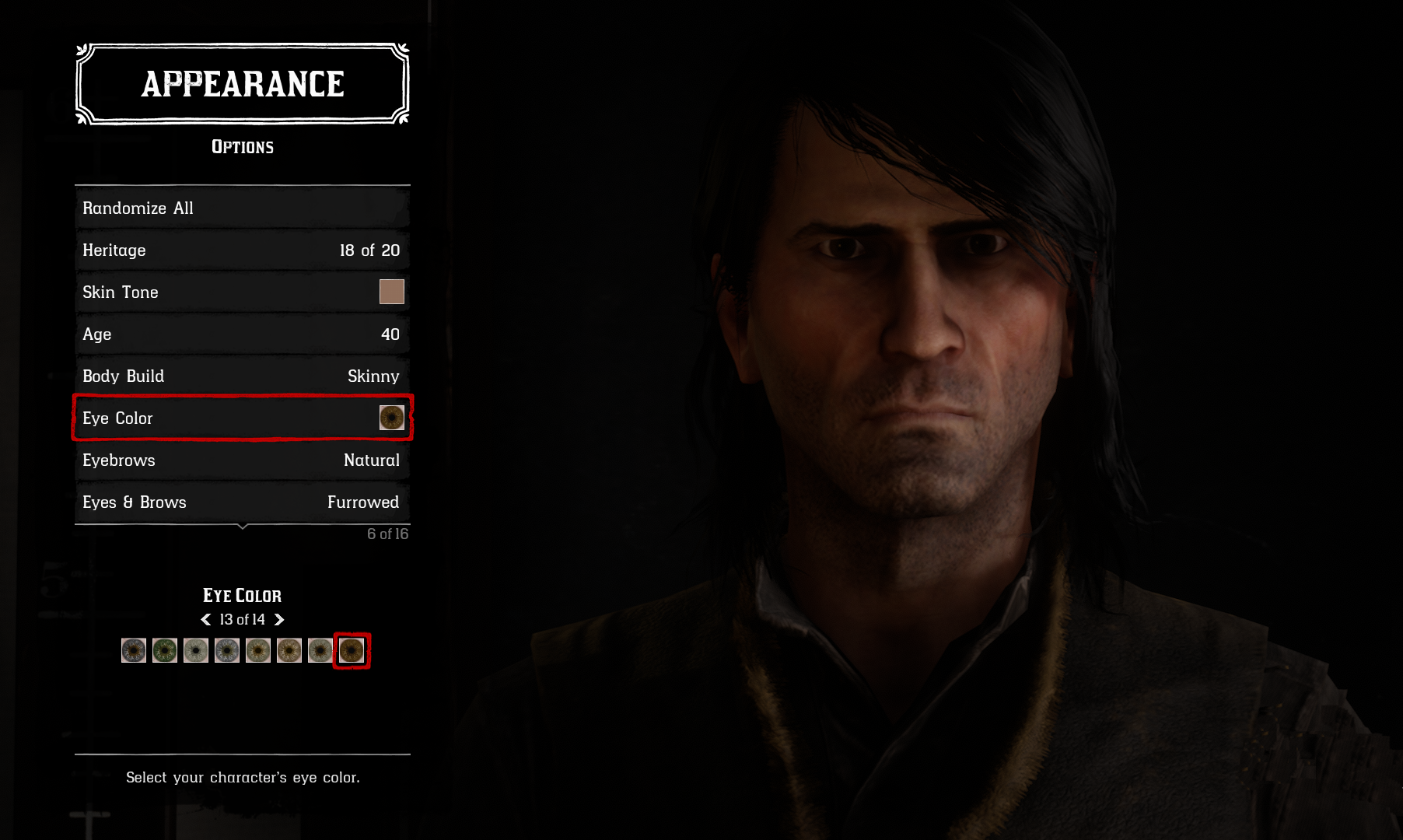 For Garrett's eyebrows I went with a natural brow appearance. 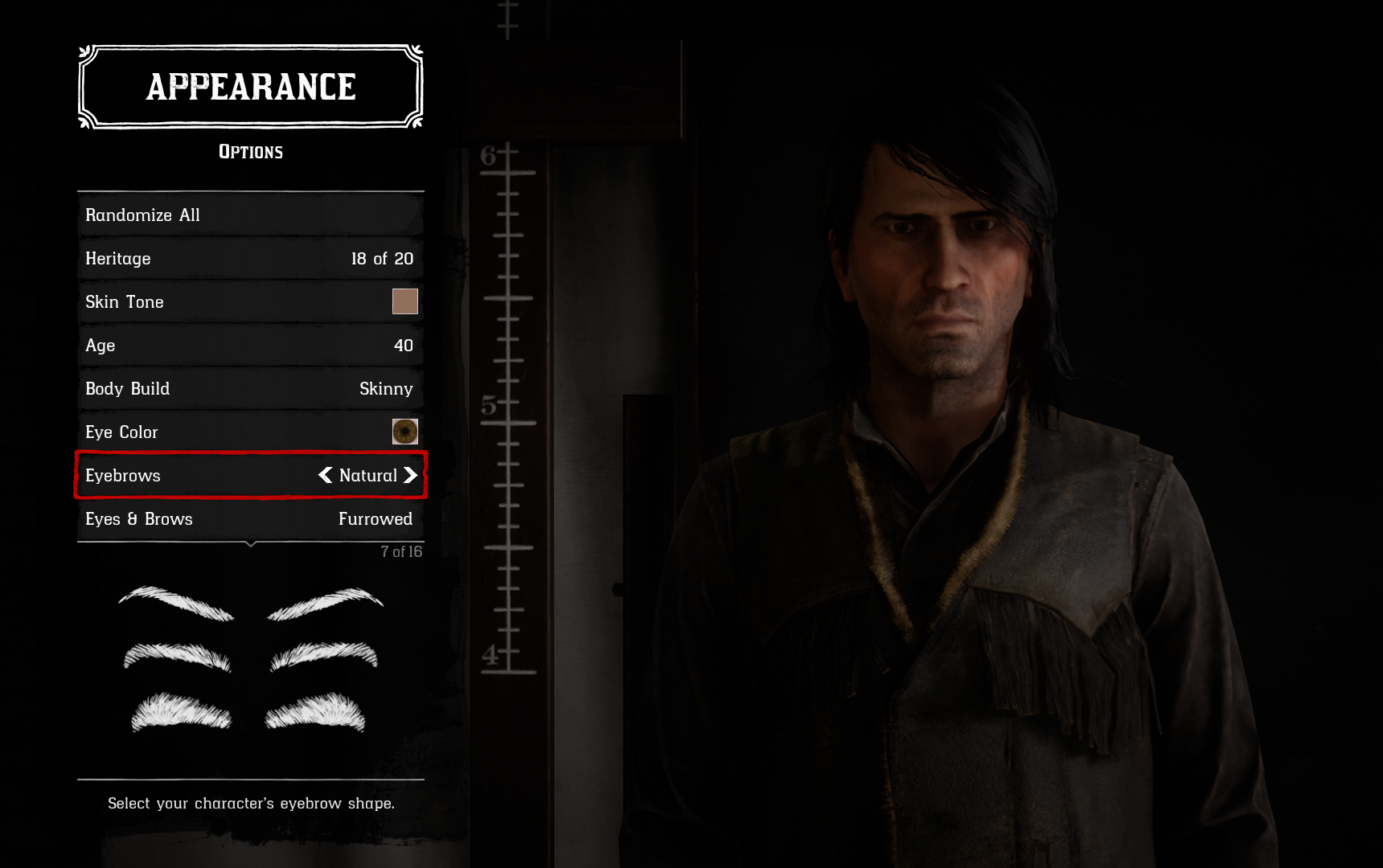 I decided that I liked the look of the Furrowed brow. I liked the way it gave him a deep set, high look to his eyes. It also has the feel of someone that spends a lot of time out in the sun or outside in bright snowy areas. 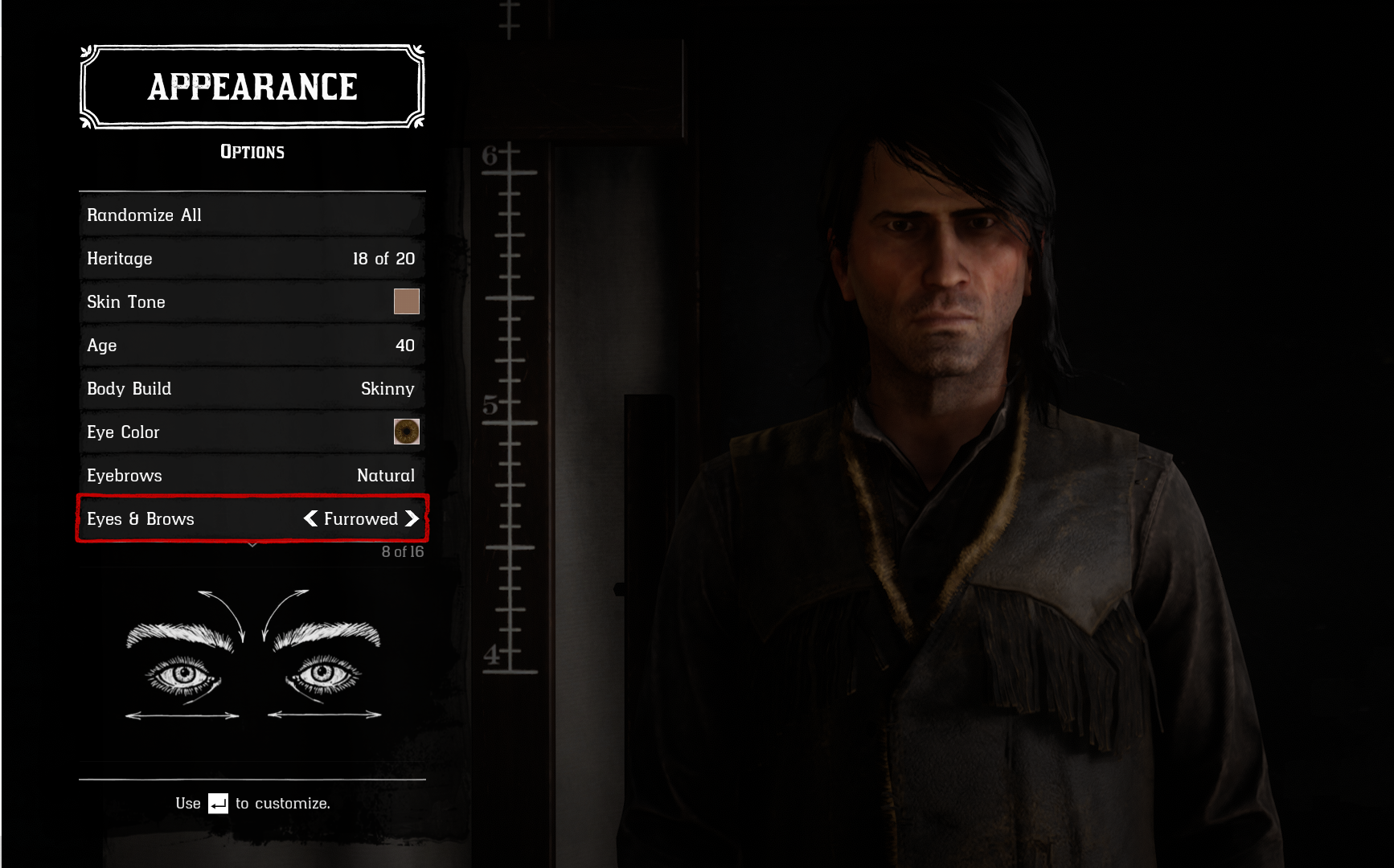