How to Set up Survival NPC - Michael "Mike" Davies, by Yartawah Interactive, with the Advanced Locomotion System V4 in Unreal Engine 5.0.

17. Adding Mantle, Roll, and Get Up Animations

Go down to the lower left of the screen and look for the Variables section in the My Blueprints panel. Expand the following three sections.:

Okay, now things are going to get complicated. 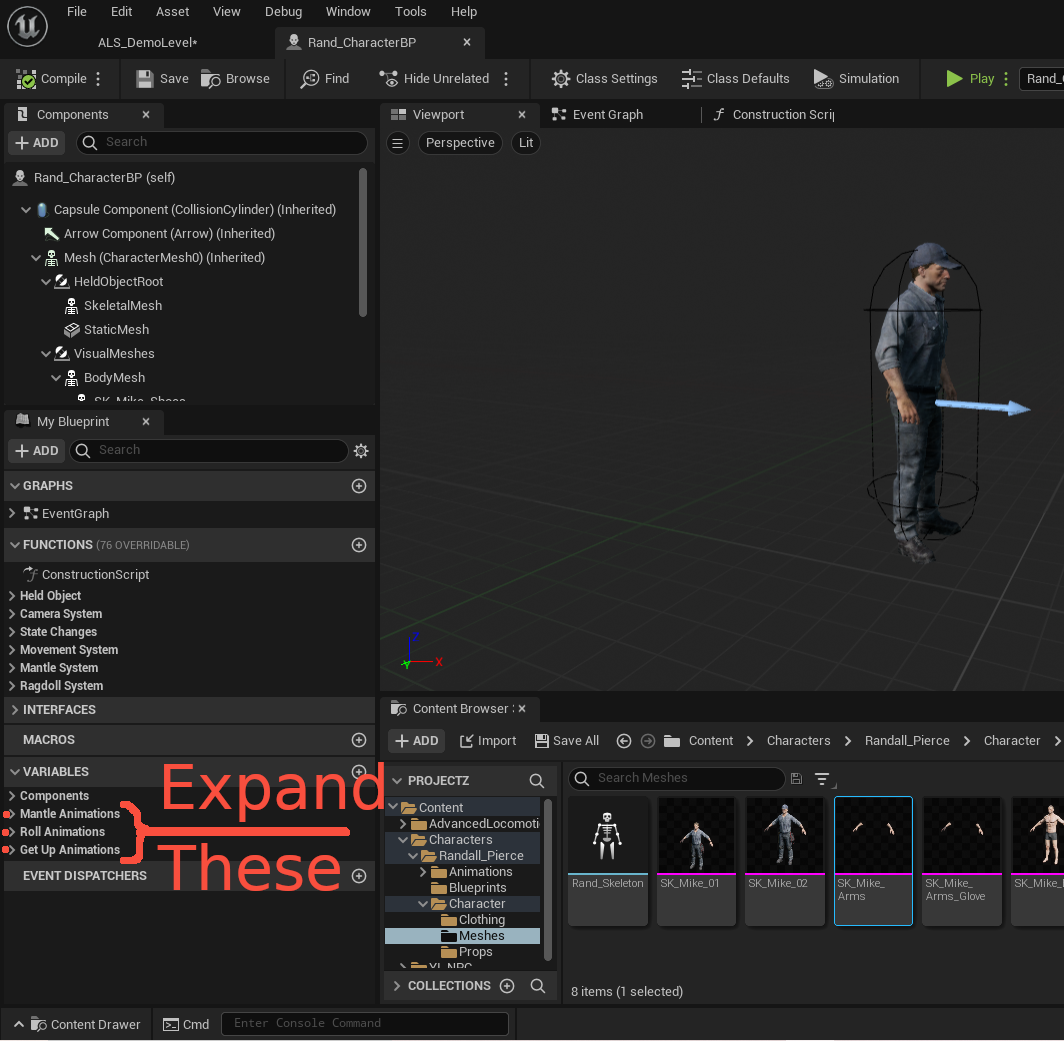 On the left side select:  Mantle_2m_Default

Then expand it under Default Value on the right side of the screen.

Then tap the magnifying glass on AnimMontage so that Unreal Engine will open the folder where the animations are located in Content Browser 3. 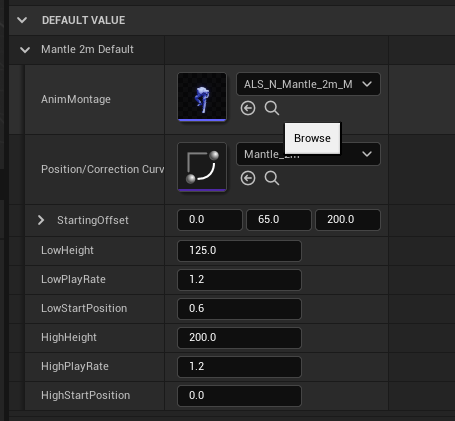 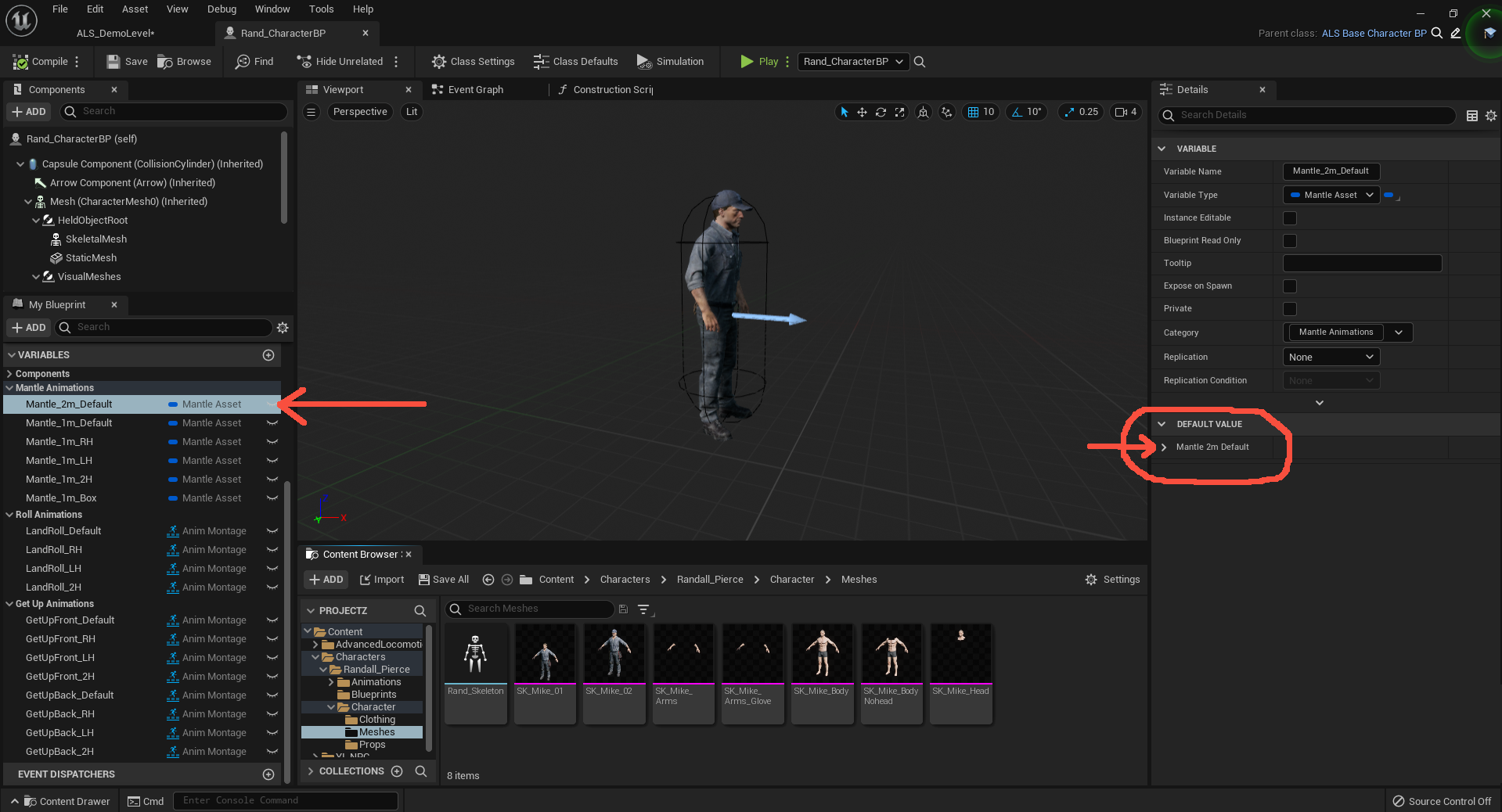 Highlight all of the items in the folder and right click, go to: 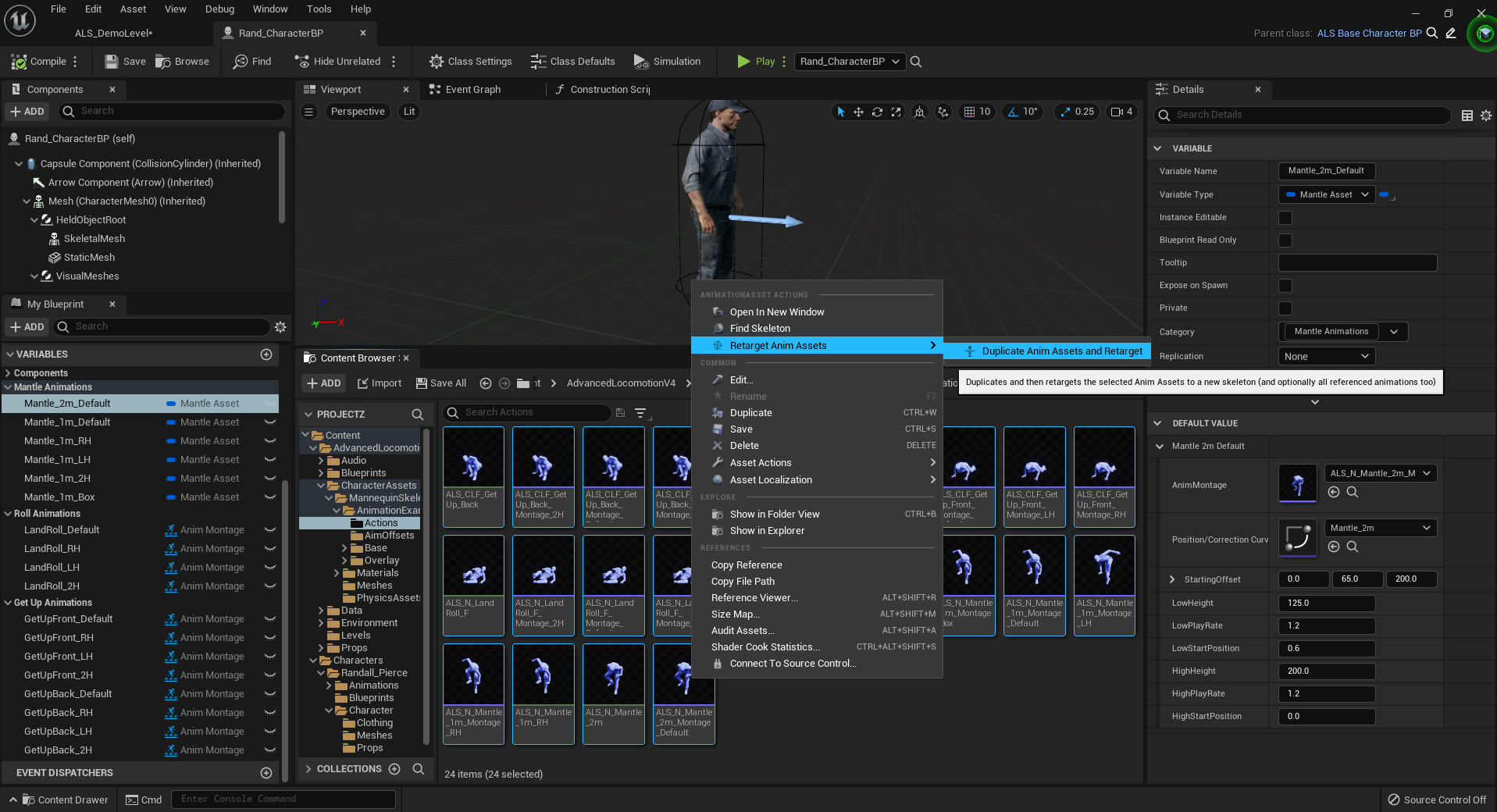 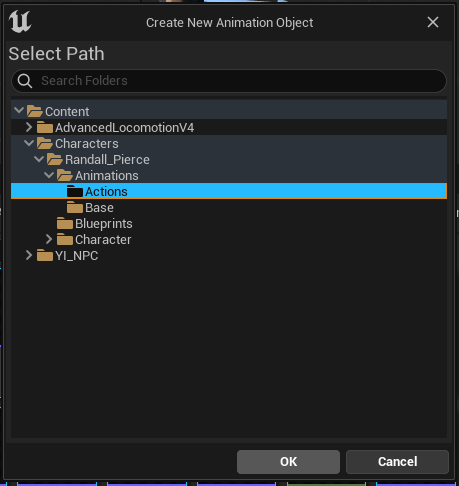 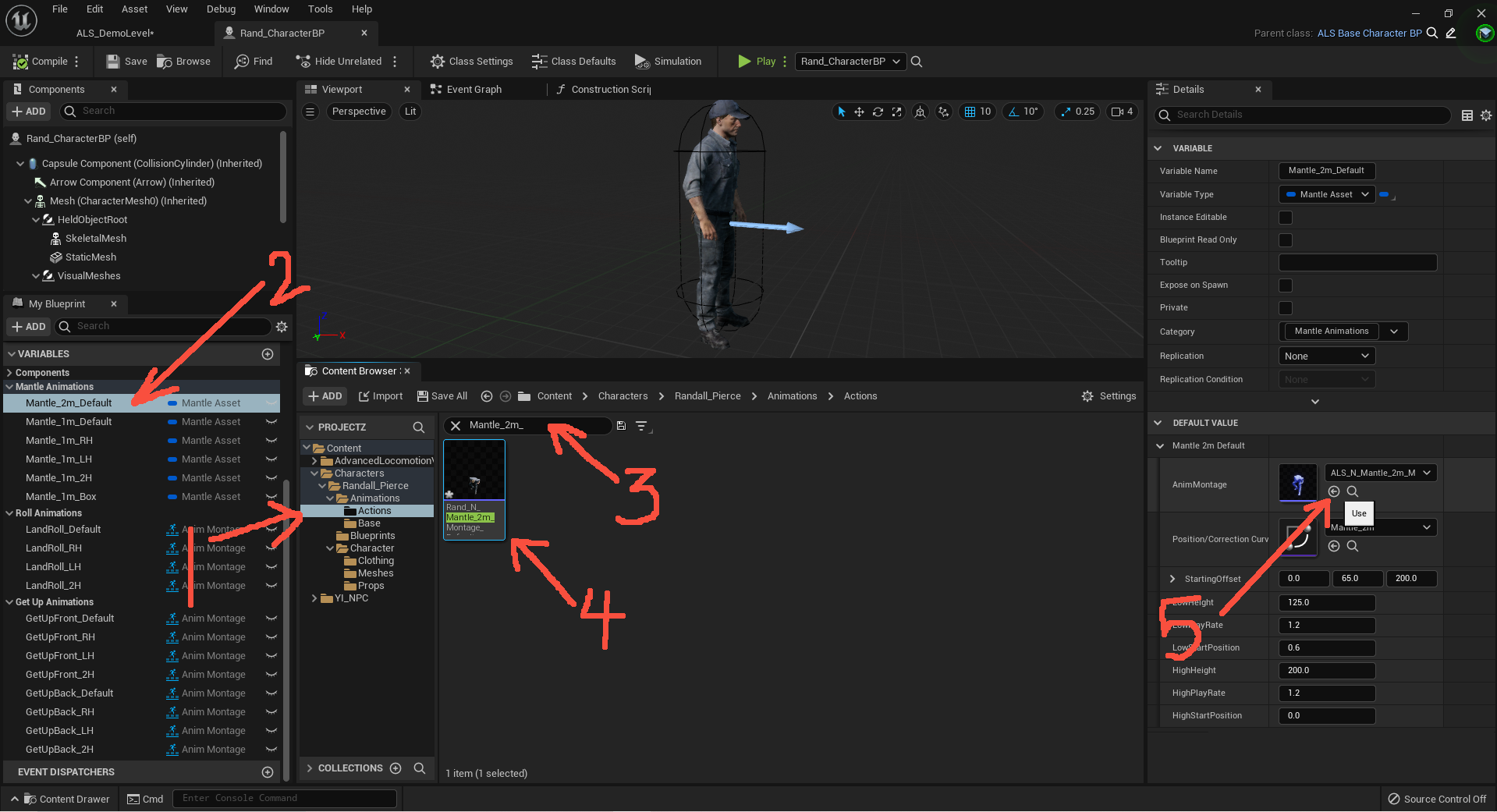 20. Continue with the rest

Next select Mantle_1m_Default on the left.

Type Mantle_1m_Montage_D into the search bar to bring up your needed montage.

And click the little arrow on the right side to use that one in the AnimMontage there.

Continue in this way for all the rest of the montages for Mantle, Roll, and Get Up.

Go to File on the main menu and Save All

And that is what I have so far for how to get Survival NPC - Michael "Mike" Davies to work with the Advanced Locomotion System V4 in Unreal Engine 5.0. I am still working on this project, so will update this build page as I sort out more on this.
Note, if Mike is tapping his foot impatiently when you start things up, there is a fix with the IK foot bones that I will explain later on, but for now, this can usually be fixes simply by closing your project and reopening it.
The character has some rather odd looking ragdoll effects going on, but I will sort those out at a later time and post something on how to create better ragdoll effects in a future guide.
I also will be working on how to adjust his starting pose and the animations that are used as well as adding in some custom idle, action, and combat animations. If you want to see what I am up to you can visit my Twitch channel at the link below to see me working on my ProjectZ game, where I am using this and other characters.